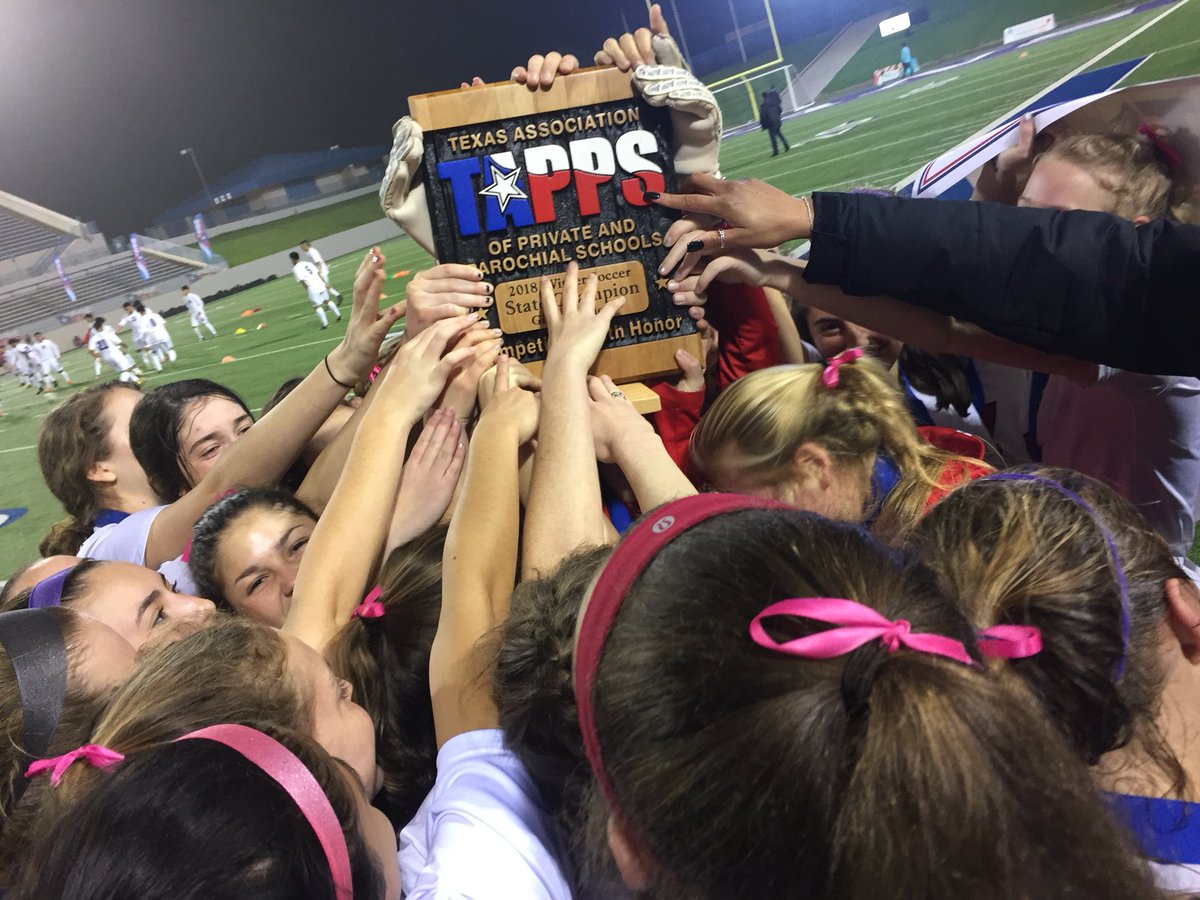 The Texas Association of Private and Parochial Schools (TAPPS) is an organization that organizes statewide academic, athletic and fine arts programs for private and parochial high schools in Texas.  Among the activities TAPPS coordinates are annual soccer playoffs that lead to both Boys and Girls State Champions.

Soccer in the SPC is played in what is classified as the winter season that runs earlier than the University Interscholastic League (UIL) public high school season.  This also applies to TAPPS, though there is a small set of schools that plays Boys soccer in the fall.

Much like the UIL on a smaller scale, the TAPPS schools are organized into districts that participate at the Division I, II or III level, assigned based on student enrollment.  District regular season play typically begins in November each year and runs until a state champion is determined in late February.

The 2017-18 playoffs TAPPS began a few weeks ago at the home stadium of one of the participants.  Semifinals were held at neutral sites this week.  The playoffs come to a conclusion this weekend in the State Finals at Waco ISD Stadium.  Winners listed in bold.

Kerrville Our Lady of the Hills–5   McKinney Christian-0

A tournament format played between February 15-17 in Houston

One thought on “TAPPS and SPC HS Soccer Championship results”