High-level adult amateur (or semipro) soccer seems to be in the middle of a renaissance period in 2017 Texas.  Within the US Soccer Pyramid these leagues and their clubs operate under the sanctioning of the United States Adult Soccer Association (USASA) and represent the theoretical fourth (and fifth) tier of adult soccer in the United States.

Last spring five new USL Premier Development League (PDL) teams began play and two new additions to the league have been announced for next season.  Six National Premier Soccer League (NPSL) teams competed throughout the state this summer too, culminating in the appearance of Midland-Odessa FC in the NPSL Championship game.

All of this activity provides validation to the work Brendan Keyes has been doing to grow the high-level adult soccer landscape with the Texas Premier Soccer League (TPSL) since 2013.  Brendan, founder of this new iteration of the league, serves as the Commissioner of the TPSL and is also the operator and head coach of one of the league sides, Galveston Hurricanes.  He has been working in high-level adult amateur soccer for a number of years after finishing a playing career in the 2000’s.  Before he revived the TPSL, Brendan ran NPSL clubs at various times in both Galveston and Houston.

Brief History of the League:

The original TPSL was formed in 1997 and folded ten years later.  Brendan brought the league back to life and began play in 2013 with 6 clubs.  Now early in the sixth season, the league has seen its share of turnover.  Clubs like Dutch Lions SC and Houston Regals SCA have moved up and are now playing in the NPSL.  Other clubs left because they were not a good fit for the league, didn’t follow league rules or departed due to financial reasons.

The TPSL has seen 4 different regular season Shield (best record) winners in its four year existence in this configuration, but Austin Real Cuauhtémoc has dominated the playoffs, winning the last 3 TPSL Cup Championships.

The TPSL also hosts an annual Texas Cup that can include non-TPSL teams.  3 different clubs have won this competition, the most recent Central Texas Lobos. 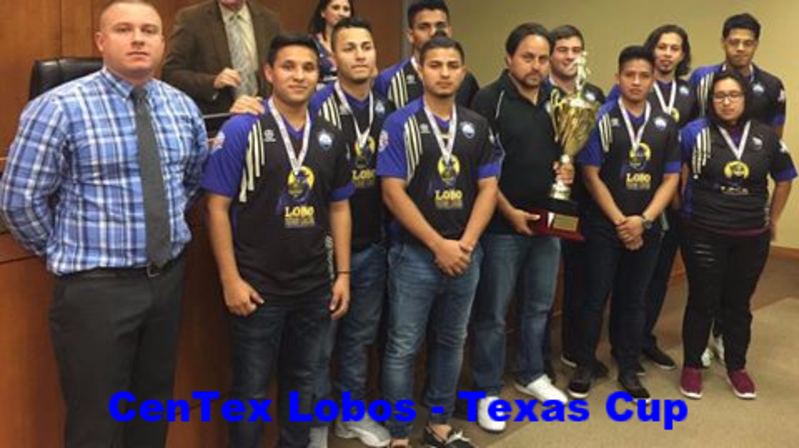 The TPSL began play this fall with six clubs.  Each team will play a 10-match regular season schedule that runs between September 2017 and January 2018.  Playoffs will take place between January 13th and January 27th, 2018.  Additionally, the Texas Cup competition will be completed in March of next year when the Final is played in San Antonio.  Because of the awkward 6 team league structure, the Cup semifinals will include the winners of the three opening round matches and the best second place finisher.

The six teams competing in the 2017/18 TPSL regular season, TPSL Cup Championship and Texas Cup are:

The season has experienced a bit of a rocky start due to the aftermath of Hurricane Harvey.  The two Gulf Coast teams, Hurricanes and Fury, have not been able to play scheduled games in both the league season and Texas Cup.  So far early in the season there is a disparity in the number of games played by each league team-the teams have played anywhere from 4 to 6 matches.  Twin Cities FC has gotten off to an undefeated start (4-0-0-12 points) and leads the league by a single point over Austin Real Cuauhtémoc, despite having a game in hand.

I engaged in a wide-ranging phone conversation with Brendan Keyes last week.  My deep interest in Texas Soccer history combined with Brendan’s playing career from the 1980’s to the 2000’s, threatened to send the interview down a deep hole, but fortunately we agreed to leave these topics for another day and focus on the TPSL early in the interview.  I learned quite a bit about high level amateur soccer in Texas during this conversation, but will concentrate on the planned future for the TPSL in the remainder of this post.

The recent growth of amateur soccer in Texas is an indication that there is a healthy appetite for high-level adult soccer competition in the State.  As an example, Brendan mentioned to me that his team recently played against a new club with 30 players.

In my opinion, it is important that these leagues, new and old, work to build stability, reduce the chronic churn we have seen with teams from these types of leagues for decades and minimize the merry-go-round where clubs jump from league to league for some sort of a better deal.  Unfortunately, this has been the history of soccer in the United States and I have seen little indication so far that anything will be different this time in Texas, but I remain hopeful.

Recent intense discussion about the US Soccer pyramid, and the need for an open system to better allow undiscovered talent to progress thorough this system, supports the need for a strong adult amateur structure.  The focus should and must be on the players for this to happen. Seeing strong and stable player focused leagues flourish in Texas would be a positive, even if small, step forward to helping realize the potential of soccer in this country.