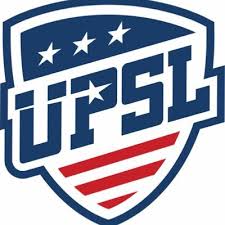 The United Premier Soccer League (UPSL) announced the formation of a Texas Division earlier this year.  The UPSL is a national league that is affiliated with the United States Adult Soccer Association (USASA), the US Soccer sanctioned association that regulates adult amateur soccer in the United States.

UPSL is a rapidly-expanding nationwide adult amateur (or semi-professional) league, with clubs in more than a dozen states.  The league has established both Pro-Premier and Championship level divisions in some of its States, with Promotion and Relegation between the two divisions.  UPSL plays both fall and spring seasons and over 100 clubs are slated to play in their Spring 2018 season.  So far 3 teams, with more on the way, have been announced as joining the UPSL Texas Division for the upcoming Spring season.  The Texas clubs formally announced so far are Katy Tigres, Bay Area FC (LaPorte) and Round Rock SC.

Matt Kahla was formally named UPSL Texas Conference Operations Manager on October 11, 2017.  I first met Matt earlier this year in his capacity as Marketing Consultant with FC Cleburne of the USL Premier Development League (PDL).  Since assuming the new conference manager responsibilities, he has been busy meeting with prospective clubs and beginning to establish and promote the inaugural season of the UPSL Texas Conference.  Matt took some time to answer questions via email recently:

What are your responsibilities as Texas Conference Manager?

Texas Conference manager job ranges from assigning teams to different areas of Texas to fully recruiting teams to a new area as the Texas UPSL market grows. It also includes doing various marketing efforts to get UPSL in as much local media as we possibly can.

I do get the opportunity to talk to a lot of owners and potential owners about joining the UPSL.

How many teams do you project in Texas for the first season?  Fully established?

I think for fully established teams for the first season we are going to be looking at 20 teams for North and South Division kicking off the 2018 season. Our long term goal is 40 teams, 20 south and 20 north with Promotion and Relegation implemented.

Roughly how many Adult teams are there in Texas that could potentially join UPSL?

It’s funny how many times I get asked this question and my answer never sways, the potential for Texas Adult teams is absolutely endless. Let me state for this for two reasons, UPSL can be as local as a town I have talked to that has 2,000 residents, if you look at the Europe model where they have Ipswich Town F.C. or Alfreton Town that are in the 6th and 4th Divisions respectively.

The possibilities are endless, we need to start growing soccer from the local community and making it a tradition in the community.

Will the teams that have joined the league so far play a year-round schedule?

This is something that is up to the clubs, I know the clubs that are in the Texas Division right now are talking and excited about it. The biggest reason being is now they do not have to take that 7-8 months off and can become a full soccer club, does that mean they play with a reserve team the next season? That’s totally up to them!

Will the Texas Conference include only Championship teams, or do you anticipate that a higher level Pro-Premier Division with Promotion and Relegation will be established in Texas?

As the teams grow this is something that is in discussion, in the long term promotion and relegation will be apart of Texas, yes.

Will you be establishing North and South Divisions within the Conference?  Where is the dividing line?

This is something that we are discussing, we will have a North and South Division for the first year it will more than likely consist of 20 teams North and South having 10 teams each.

Who are UPSL’s competitors in Texas?  How do you differentiate yourself?

I think when you start getting into the talk of competition it lessens soccer, which is already a problem in American soccer, we want to be competitors on the field in friendlies but hold hands off the field so we can all grow local soccer and have the ultimate grow of growing local talent. As for the question of differentiating ourselves I think the promotion and relegation handles that.

What is the process teams follow to join the league?  How much are the fees and other ongoing expenses to participate in the league?

When I contact someone or someone reaches out to me there is an application to be filled out and we then send to corporate in California and wait for approval. If someone is interested about the fees please contact me at TexasUPSL@gmail.com as for the traveling hopefully we are cutting down the cost from the travel by having a South and North Division.

What are your plans to ensure the league rules and regulations are followed?

This is something that is taken seriously in every state that we are in, after the game we have a form we will usually have a call and a form about refs officiating, crowd practices as well as opposing teams conduct.

What kind of back-office support will the league provide to its teams?

If you see the Marketing and Press Releases that we do, this is just a sample of the back office support, we do give all teams who sign up a website as well as Marketing for them that they are free to use, we also have in office guys that are available via phone call for any questions or support.

Texas Adult Amateur soccer has had instability among the past and current existing leagues.  What steps will be taken to ensure the league gets off to a right path and for the long term team stability of clubs in UPSL Texas?

I think this is a loaded question, but I feel we are already are established in other markets, I think setting a North and a South, giving teams support and also with me being in Marketing helps, I want to ensure the team that they are successful, I am in almost all of the process with new teams as well as older teams that are starting anew in UPSL. The biggest hope is to grow the Texas Soccer Market, get there local newspapers involved, get them the coverage a local team deserves as well as have the FULL support of the UPSL behind them. Every team that comes on is eligible to play in the United States Open Cup, get’s a website that is easy to function and use and gets the Marketing effort behind it that will help the success of the club.

One thought on “Interview with Matt Kahla-UPSL Texas Conference Manager”