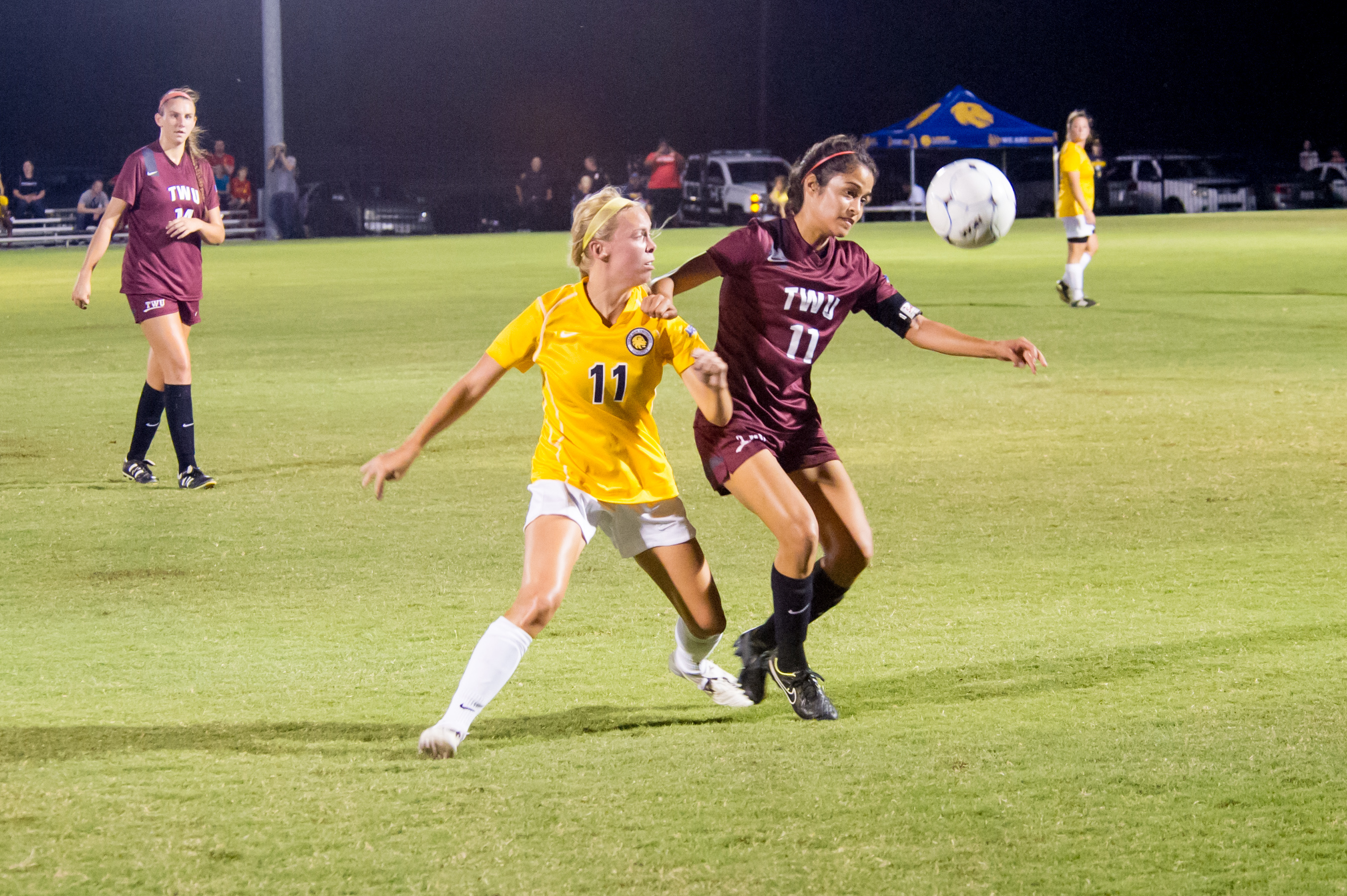 Now that the non-conference schedule has come to an end for most Texas College Soccer programs, it is a good time to discuss the state of college soccer in the state before conference play becomes the focus.

College soccer has a history in Texas that extends much further back than any professional league.  In his 2011 book Distant Corners, David Wangerin wrote about early attempts to establish the sport in Texas universities and others around the country.  SMU, Baylor and the University of Texas had soccer programs as far back as 1913.  Unlike many other programs in the Northeast these early Texas soccer programs, largely created and played by immigrants, were unable to gain traction and disappeared shortly thereafter.

Scope of the College Soccer landscape in Texas:

That is certainly not the issue now.  After collecting data over the last few months, I have identified a total of 132 NCAA/NAIA/NCCAA/NJCAA (junior college) soccer (Men’s and Women’s) programs active in 81 universities and JC’s in the State.  These schools play in a total of 17 different conferences and divisions.  The number of colleges playing soccer certainly surprised me, especially given the almost complete lack of interest in college soccer statewide.

A complete list of all Texas college programs can be found in the link below. I encourage anyone who is aware of other programs I have not listed or identifies any mistakes to please let me know at jeff@txsoccerjournal.com as I plan to try and keep this list current.

Far more Women’s than Men’s college soccer programs exist in both Texas and the rest of the United States.  There are a number of complicated reasons why this disparity exists. I will not attempt to discuss the rationale for the current balance of Men’s and Women’s soccer in colleges today in this post, though it is certainly a controversial issue.  I have linked to a couple of reference sources below if you are interested in this topic.

First, the Men’s Club Soccer team at the University of Texas at San Antonio (UTSA) has recently raised a ruckus on Social Media in an attempt to get the Athletic Department to create a Men’s Division I program there.  Below is a link to an article on Top Drawer Soccer about this UTSA situation and the state of soccer talent identification in Texas in general:

Second, a more general discussion on the history and reasons for the larger number of Women’s university soccer programs is tackled in this 2013 article from the University of North Texas student newspaper. (The previous North Texas Men’s NCAA soccer program was eliminated in 1993).

The Men’s college soccer landscape has been dramatically altered recently by the growth of professional soccer academies in Major League Soccer, and to a certain extent, international clubs recruiting youth players in the United States.  Top players who previously would have attended college after finishing youth and high school careers are now increasing joining MLS academies at an early age and bypassing college to pursue professional careers in the United States, Mexico and Europe.  USMNT star Christian Pulisic, who left the U.S. in his mid teens to join the Borussia Dortmund youth setup, is the poster child for this trend.  An example specific to Texas involves two young potential stars, Weston McKennie and McKinze Gaines, who left as teenagers in the last few years to join professional clubs in Germany.

Though these academy programs have not impacted the women’s side of the game to any significant degree, I personally believe it is only a matter of time before many of the same trends develop on that side also.  The growth of the National Women’s Soccer League (NWSL) and increasing emphasis on women’s soccer programs in Europe and Mexico will produce an environment in the future that will increasingly allow women to pursue professional careers at a younger age.

To a certain extent the colleges have brought the competitive issues on themselves.  In addition to the lack of men’s programs at major universities, the NCAA continues to insist on playing by antiquated rules and schedules that do not fit the modern game.  For example, the NCAA still allows unlimited substitution and stubbornly continues to play a compressed schedule that runs only in the fall.  Men’s Division I coaches, led by Maryland coach Sasha Cirovski, had been working on a plan to split the season into both the fall and spring. This change would allow actual practice time instead of forcing teams to play multiple games per week in the short calendar.  A split season would also put far less stress on the health of soccer athletes.  This reform plan has met resistance both from within and outside of the soccer community.  Women’s programs, for example, seem to lack interest in the full season schedule and athletic department administrators are resistant to any additional spending, no matter how minimal, for soccer (and any other non-revenue producing sport for that matter).  There is a chance this reform will come to fruition though because it makes sense, has the backing of virtually all Division I soccer coaches and also has a powerful ally in former Houston Dynamo President Oliver Luck, who now is a senior executive at NCAA headquarters.  Further details on the rationale for the reform proposal can be found in this article from Jonathan Tannenwald in the Philadelphia Inquirer from earlier this year:

Finally, there is no guarantee that the programs currently playing will continue in the future, given financial pressures faced by college administrators, especially in junior college systems.  San Jacinto College, a nationally recognized program that has produced professional players, has announced that it will discontinue its Men’s soccer program at the end of this season.

The NCAA held the Division I Men’s College Cup at BBVA Compass Stadium in Houston last December (Stanford won its second consecutive championship).  The tournament had its share of challenges; marginal attendance, bad weather and poor field conditions put a damper on any positive press coming out of the weekend.

Despite the mixed reactions to this tournament, Texas will host another revitalized College Championship early next year as San Antonio has been selected to host the World Collegiate Soccer Championship for the next five years starting in March of 2018.  This championship, initially played a number of years ago before going dark, will include men’s teams from eight countries including the United States.

Regardless of all of the challenges there are more than 2,000 student/athletes who play college soccer in Texas today.  Though some have athletic scholarships, the majority don’t or at best are on partial scholarships.  The end result is that most players are part of the college programs because of their desire to continue to participate in a sport they grew up playing.  College soccer is a big part of the overall landscape of the sport in the state and should receive the support of our soccer community.