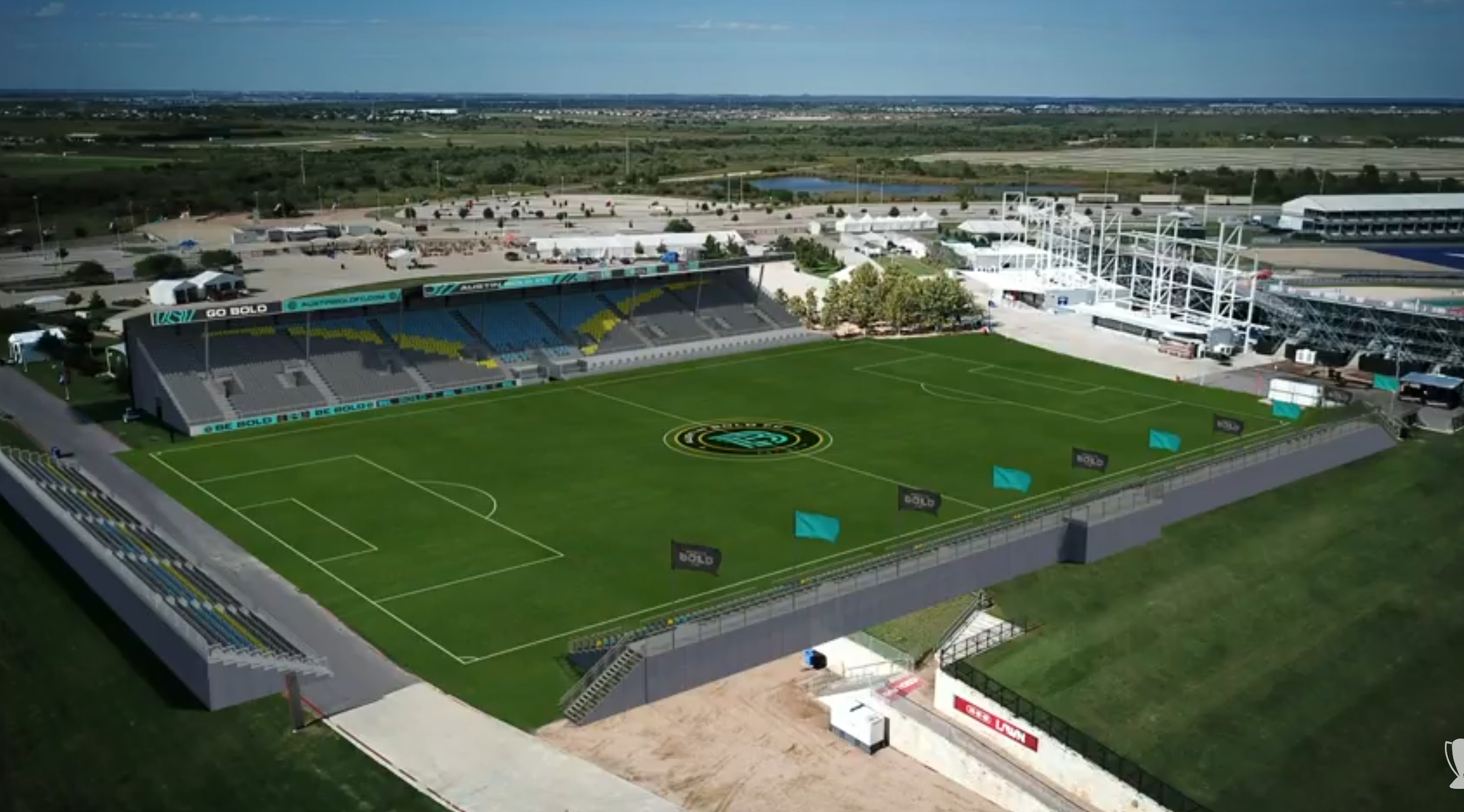 The new $5 million stadium, which will include a covered grandstand and individual chair back seating, is planned to open early next year.  The stadium, which will be built next to the current racetrack, is designed to share infrastructure with current facilities in the COTA complex.  The natural grass soccer field will be capable of handing all potential international soccer and rugby events.

Austin Bold Chairman Bobby Epstein discussed his commitment to deliver a first class facility in a team release.  “We’ve gone to great lengths on the technical design and quality of the field we’re installing. This will be a premier pitch, where veteran players and future stars alike will want to compete.”

Recently hired Austin Bold Head Coach Marcelo Serrano raved about the technical work that has been put into development of the stadium and commented that he believes “the pitch is going to be amazing, the cozy atmosphere will be amazing as will be the locker rooms for the players”.  Serrano joked “Having a stadium without players and fans happy, you don’t [want to] build that”.

Austin Bold, awarded a USL second division expansion franchise in 2017, was officially announced in August.  The franchise launch was delayed while efforts to relocate a first division Major League Soccer (MLS) team from Columbus to Austin for the 2019 season played out.  Last week MLS announced that significant progress had been made in efforts to keep the existing team in Columbus.  In the same announcement, however, MLS reiterated its intention to move forward with a new team in Austin, to begin play no later than the 2021 season in a City of Austin approved stadium to be constructed north of downtown.

In Wednesday’s ground breaking, Austin Bold also continued its efforts to build a strong roster when it announced the signing of Mexican LigaMX veteran midfielder Xavier Baez to a three-year contract.  His signing complements a strong portfolio of domestic and international players already in place, including local 16-year old United States Youth International, Julian Gaines.  Gaines will be able to stay-at-home, retain his eligibility and play at a higher level of competition with the arrival of the Bold in town.

Austin Bold’s entry into the USL will immediately create a rivalry with San Antonio FC (SAFC), who play their games at Toyota Field, 70 miles down the road from Austin’s new stadium.

Serrano is looking forward to the new I35 rivalry with SAFC “In soccer you need rivalries (derbies).  I love rivalries because one team cannot live without the other”.  Serrano continued “I believe this rivalry with San Antonio stays on the pitch, but is a great relationship between both [clubs] because derbies are what soccer is all about”.

How a potential new MLS expansion team in Austin will impact the Austin Bold going forward is yet to be determined.  Until then, professional soccer will return to Austin for the first time since the final version of USL’s Austin Aztex shut down after the 2015 season, due to lack of an appropriate facility.