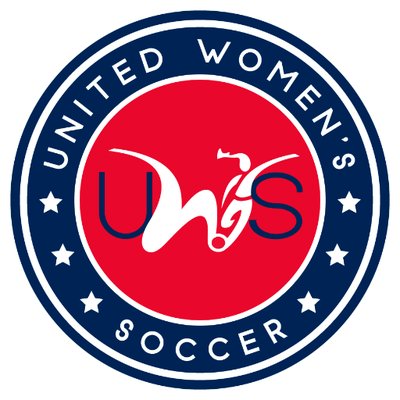 United Women’s Soccer (UWS) announced yesterday the first of, what the league disclosed, will be four or five Texas clubs joining for the 2018 season.  The first addition, El Paso ASA, will participate in the newly formed UWS Southwest Conference which begins play next month.

The UWS is itself a relatively new league, beginning play in the 2016 season.  It was formed when a group of clubs, left without a league when the W-League folded in 2015, combined with other teams looking for a different competitive environment than the Women’s Premier Soccer League (WPSL) provided at the time.  The league was formally announced in the middle of December 2015 and is currently a sanctioned National Affiliate league of the United States Adult Soccer Association (USASA).

There are currently three established Conferences (East, Midwest and West) and one provisional Conference (Southeast) in the UWS structure.  The Southwest Conference, in addition to the just announced El Paso team, will include the Houston Aces, who have been participating in the Western Conference since the league began.  The initial configuration of the Southwest Conference will include 2 or 3 additional teams, to be rolled out within the next week, UWS Commissioner Joe Ferrara confirmed in a phone interview today.  The 2018 schedule will be announced shortly after the teams participating in the inaugural season are finalized.

Ferrara, in discussing how the league was formed, remarked that the league started to receive early interest from other parts of the country as the league grew from its initial base in the Northeast and West.  Because of the distances the Houston Aces needed to travel to compete each year, Texas was always one of the areas on the league’s radar.  Ferrara added that the league decides to expand into an area based on the number and quality of potential teams able to meet rigorous league standards.  He then expressed his pleasure that the Southwest Conference was able to come together so quickly.  “We are very excited to role out a region like this.  It usually takes time to build in terms of quality organizations coming on board.”

The UWS provides a framework for teams that wish to become a professional club and pay players, though the majority of the teams still maintain amateur status and have rosters built around NCAA players looking to maintain fitness and improve their game during the summer.

When queried about the long term vision for the league, Ferrara emphasized that the foremost goal of the league was to maintain a league with higher standards for all its teams.  Growth is not the objective and Ferrara stated that the league does not want to exceed 48 teams or 8 conferences in the future.

The expansion of the UWS into Texas, with the resulting opportunities for women to continue their soccer careers past high school, is welcome and I certainly hope that the league and its individual clubs can and will attain a level of stability that many previous Women’s soccer leagues have struggled to achieve in the past.