The Premier Development League (PDL) is one of the two-top amateur soccer leagues sanctioned by the United States Adult Soccer Association (USASA).  The league consists of 72 franchises in four conferences throughout the United States and Canada. The PDL is operated by the Division 2 United Soccer League (USL) and primarily is a place for college players to play in the summer while maintaining their NCAA eligibility.

There are four Texas clubs in the PDL….all of them new to the league this season: Brazos Valley Cavalry FC (Bryan), FC Cleburne, Houston FC and Texas United (Grand Prairie). These clubs are four of six that play in the Mid-South Division of the Southern Conference.

Six Texas clubs will play in the NPSL this season. All clubs play in the South Region.  Five of them play in the Lone Star Conference and one (Dallas City FC) in the Heartland Conference.

Fort Worth Vaqueros (Ft. Worth):

Date of Entrance into League: 2014 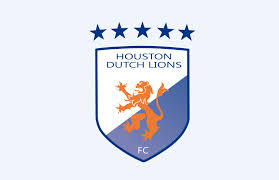 Date of Entrance into League:  Returned to the league in 2015