The PDL Mid South Division enters the penultimate week of the 2018 regular season schedule with seven games on tap and an extremely tight race for the title.  The playoff format has been changed this year, since the PDL added a third division to the Southern Conference at the beginning of the season.  As a result, only one Mid South team is guaranteed a spot in the Conference semifinals this year.  The three Mid South Conference divisional champions and best second place team will advance.  Since the Mid South has spent the year beating each other every week, it is unlikely that the second place team will come from this Division.  Brazos Valley Cavalry and AHFC Royals now share the lead with 18 points, but the second place teams in the other divisions currently have 23 and 21 points respectively.  On a points-per-game basis the Cavalry have a slight edge over Energy FC U23 after last weeks action, but play 3 of their 4 remaining matches on the road, including a huge match Friday night in Oklahoma City.

Week 10 will be the second 7 match week of the season.  Texas United and AHFC Royals, in a game with playoff consequences, get it started on Monday in Grand Prairie.  The Royals will have a busy week after tonight, hosting Houston FC on Friday and traveling to Corpus Christi on Saturday to finish their regular season.  After playing in Cleburne Tuesday night, Brazos Valley Cavalry travel to Oklahoma City Friday to play what may be a decisive game against Energy U23.  The Oklahoma side then play another key match against Texas United at home on Sunday.

A late goal from Tim Ugo, his second of the game and fourth of the season, allowed FC Cleburne to escape with a 2-2 home draw against North Texas rivals Texas United.  Goals in a two-minute first half span from Steve Pate and Dominic Hernandez had put Texas United into a temporary lead that held until Ugo’s 68th minute equalizer.  Texas United won the season series 2-0-1.

Kaw Valley FC, an affiliate of MLS side Sporting Kansas City, traveled to Oklahoma City and delivered a surprising 2-0 home loss to OKC Energy U23.  Both goals came early in the first half and allowed Kaw Valley to return the favor after Energy U23 had beaten them in Topeka, KS a few weeks ago.  The PDL schedules a handful of inter-division (in this case inter-conference) matches to balance and compete the schedule for teams.  This was necessary in the Mid South because of the odd number of teams in the Division.

Kaw Valley FC leads @energyfcu23 2-0 at the halftime whistle. Tucker Stephenson and Kristof Urbanyi with goals for the Cranes. Check them both out during the break. pic.twitter.com/Dqrxi0BL2w

The Cavalry dominated AHFC Royals in Bryan Wednesday night, winning 3-0 and outshooting them 16-7.  A brace from forward Brandon Guhl, one in each half, and a late strike from Thomas Menke, his fourth of the season did the damage against the Royals and achieved a measure of revenge for the only home loss suffered by the Cavalry this year (to the Royals on June 2).  Cavalry goalkeeper Pedro Medrano only needed to make one save for the shutout.

Houston FC, in the midst of a 5-match away stretch to finish the season, brought home a huge victory over Texas United on Wednesday.  Houston FC’s first road win of the season came despite falling behind in the first half to Texas United’s Caleb Smith’s 30th minute goal.  Two second half goals from Cyrus Harmon and substitute Erik Sanchez were the difference for Houston.  This was only FC Houston’s second road win since joining the PDL last season.

The Cavalry continued their last season surge with a 8-1 dismantling of FC Cleburne on Friday.  A second half hat-trick (and an assist) from forward Brandon Guhl, capped his 5 goal week and makes him a serious candidate to be named national PDL Player of the Week.  One of the top Houston Dynamo Academy products, Marcelo Palomino, made his debut for the Cavalry this season and scored in the first half and assisted on Guhl’s first goal.  Thomas Menke added his second goal of the week and fifth of the season to the rout.  The Cavalry outshot FC Cleburne 31-4, with Guhl generating 10 of these shots.

Last night in his 2018 Cavalry debut @marcelopalo scored a goal and an assist in our 8-1 win over @FCCleburne. watch his post match interview with Sideline Reporter @_meeg_ann #Path2Pro #EarnIt pic.twitter.com/Zm8WAljbko 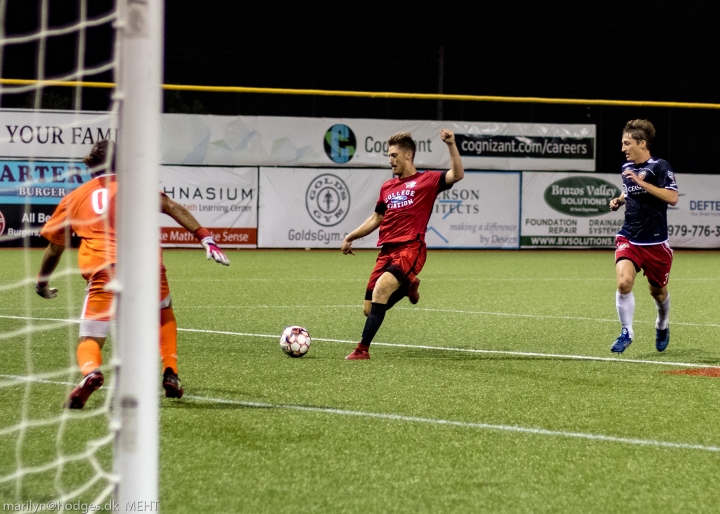 Cavalry forward Brandon Guhl scores one of his three goals 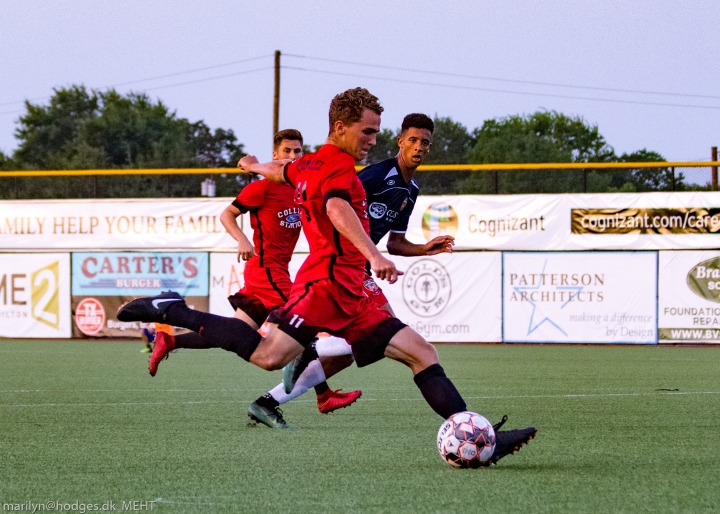 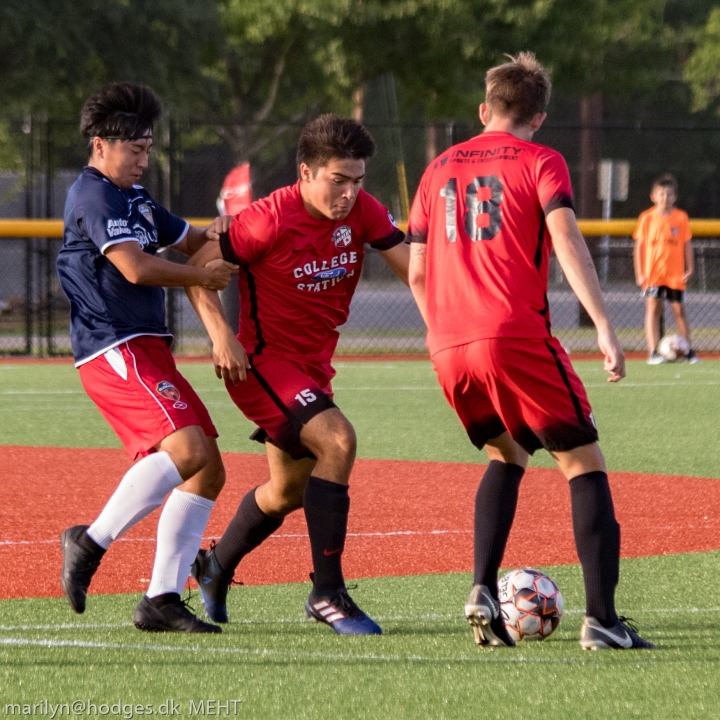 Still smarting from the midweek home shutout, Energy U23 traveled to Corpus Christi and took it out on the Sharks, winning 5-2 Saturday night.  Energy FC U23 scored five unanswered goals after Corpus Christi had taken an early 2-0 lead into halftime through goals from Stefan Lukic and Stanley Smith.