Reflecting the competitive nature of the 2018 PDL Mid South Conference, two of the three matches in last weeks light schedule ended in draws-two of them involving Brazos Valley Cavalry.  The only victory of the week was secured by expansion side AHFC Royals, who produced an impressive 5-2 home victory over Texas United on Friday.  Through seven weeks the Royals now lead the Division with a 5-3-0 record (15 points).

Week 8 sees the busiest schedule of the season so far with 7 matches on tap.  The Cavalry will try to return the favor when they play the Royals in Houston tonight.  AHFC demonstrated that they were a team to take seriously when the team secured their first ever road win (4-2) in Brazos Valley on June 2nd.  OKC Energy U23 travel to Houston to play both Houston FC and the Royals.  Houston FC then heads to Corpus Christi Friday to play the first of five consecutive road matches to finish the season, including three long trips to North Texas and Oklahoma City.  The return leg of the North Texas PDL Derby between FC Cleburne and Texas United will be played in Grand Prairie on Friday.  Corpus Christi finishes up their busy week (3 matches-including a road fixture in Cleburne tonight) when they host Brazos Valley on Sunday.

Since both teams train in Houston, this is effectively part of a local derby.  On Wednesday neither side could find the back of the net and the match in Houston ended scoreless.  The Cavalry had a number of good opportunites and outshot FC Houston on the night.  Houston Dynamo Academy player Beto Soto also had a great one-on-one opportunity in extra time, after being sent through with an excellent pass from Miguel Velasquez, that was saved by Houston FC goalkeeper Phillip Poser (six total saves).  The season series ended with two draws.

Three goals in the first 26 minutes of the match from Tom Haney, Killian Colombie and Johannes Oeksnevad, led the Royals to a 5-2 win over Texas United in Houston.  Killian Colombie also added another goal (a penalty) and an assist in the second half.  Julio Vargas scored twice for Texas United, the first coming on a penalty.  Both goalkeepers were kept busy as there was a total of 31 shots on goal during the match.

Note:  Last week Killian Colombie was awarded the national PDL Goal of the Week for the long sprint that led directly to an opportunistic goal against Houston FC.  Colombie was also touted, in a mid-season review article on the PDL website, as a potential MVP candidate.

The match report from Texas United Media can be found here: 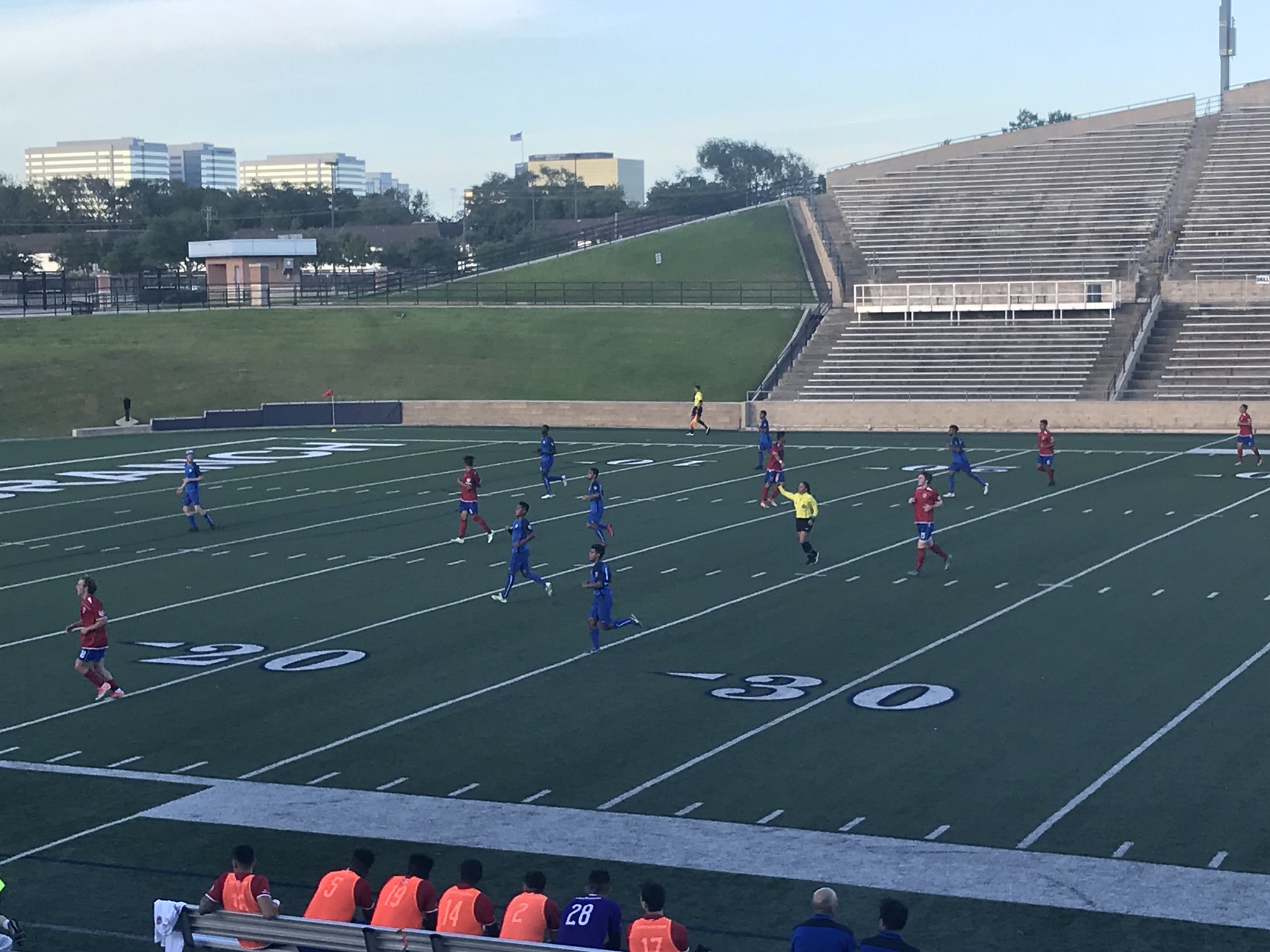 Man of the match goes to Killian Colombie for his performance against @TXUnitedFC @USLPDL pic.twitter.com/E42EwJYMs0

A wild match in Bryan between the two teams that led the Division on a points per game basis entering the week resulted in a 3-3 draw.  This performance by the Cavalry was a dramatic turnaround from last year when OKC Energy dominated the action between the two sides.  Three different OKC Energy U23 players scored in the first half, including Matt Puig’s 5th of the season, to take a 3-2 lead into halftime.  The 58th minute goal from Angel Paita, making his first appearance for the Cavalry this year, tied up the match and ended the scoring for the evening.  On the tying goal, Paita calmly settled the ball just outside the penalty box and hit a well placed shot to the far post.  Cavalry coach James Clarkson pointed out in a post match interview that the team had moved Paita, who had entered the game late in the first half at left back, forward at the beginning of the second half and the move paid off with the tying goal.  This goal and other highlights can be found in the KBTX report here:

The return leg of the season series will be played in Oklahoma City on July 6th.

All images from BV/OKC game courtesy of Marilyn Hodges (@travelingtralm1)

AHFC Royals vs. OKC Energy U23