Week 3 opened with the return of one of the most successful Texas amateur soccer clubs, Laredo Heat, two years after leaving the Premier Development League (PDL).  The highlight game of the week was the NPSL National Game of the Week in Fort Worth when the Vaqueros held on for a 3-2 victory over their rivals Midland-Odessa FC.  Katy 1895 FC won its first ever match in Conroe.

Two goals apiece from Gabriel Rodriquez and Yudai Tashiro led to Laredo Heat’s 7-0 crushing of Houston Regals SCA.  This was the Heat’s inagural match in the NPSL, after taking a two-year hiatus from their previous PDL play.  Ziyad Fares opened the scoring in the 12 minute.  Goals from Tashiro and Rodriquez allowed the Heat to go into the half with a comfortable three goal lead.  Any thought of a Regals comeback was quickly put to rest when Rodriquez and two TAMIU players, Alan Rivera and Rafael Montabes, scored in the first 17 minutes of the second half.

Despite the superb opener, the Heat remain a work in process.  According to the match report from Laredo Morning Times (LMT) correspondent Ben Arthur, Laredo only had 18 of their 26 rostered players available as many have not completed their college activities.  In the LMT report Laredo Head Coach Dana Taylor was quoted as being pleased with the performance, but claims that the Heat are not getting ahead of themselves:

“For me right now, we’re new in the league. We gotta prove ourselves all over,” Taylor said. “We’re going to be doing that every game. We are not going to take anybody lightly, no matter what someone says about us.”

The Regals, who finished second from the bottom with only 8 points in the NPSL Lone Star Conference last year, are off to a very slow start this season.  Their first three matches have all resulted in scoreless losses.

"We got pace on the team, we've got depth everywhere. … We also proved that we can score some goals."@NPSLSoccer opener, dedication to late coach couldn't have been written any better for @LaredoHeatSC in 7-0 win to open season (UPDATED STORY): https://t.co/VYOkQLvhES

A 30th minute goal by forward Abdullah Mirza (Richmond and Houston Baptist University) led Katy 1895 to their first ever win and road victory.  Dutch Lions had 65% of the possession and outshot Katy 12-4, but were only able to put four of the shots on goal. 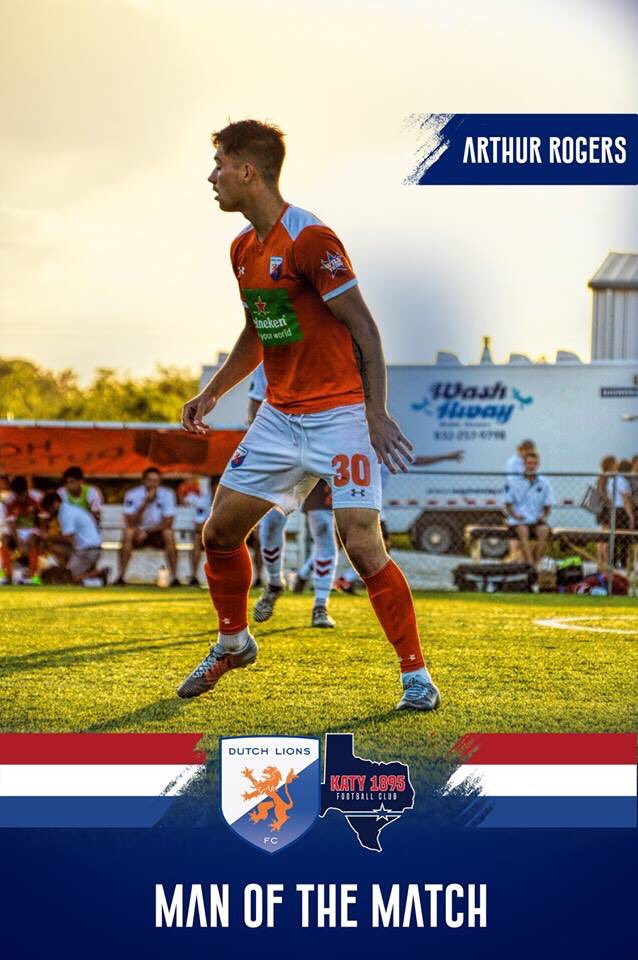 The Vaqueros home match against the Sockers, selected by the NPSL as the National Game of the Week, lived up to its billing.  Three first half Vaqueros goals, two of the them by first-year forward Jamie Lovegrove-the second on a penalty, provided what seemed to be a comfortable lead at the half.  The Sockers had other ideas and two second half goals, the second of which from Fernando Gutierrez came in the 83rd minute, led to an exciting finish.  Ultimately, the Vaqueros were able to hang on and secure the victory which moved them into an early first place tie at the top of the Conference.  The opening goal for the Vaqueros and in the match was scored in the 9th minute by Bobby Edet.  MOFC’s opening goal, five minutes into the second half was scored by midfielder Camilo Galindo.

Thanks Vaqueros Family for your support. GREAT WIN for the boys! pic.twitter.com/wUaNg7N5dT

FC Brownsville made the long 550 mile trip from the lower Gulf Coast to Tyler and were rewarded for their efforts when they secured a comprehensive 4-0 victory over Tyler FC.  An Orinn Farrell hat-trick led the way for the Coyotes.  Brownsville didn’t waste any time taking over the match.  Farrell’s 3rd minute goal was rapidly followed by Gifanho Lubaki’s score to put the Kings in an early hole.  Goalkeeper Artemio Romero saved a penalty to keep the shutout.  This was the third consecutive loss to open the season for Tyler.  More disturbingly, the club has conceded 12 goals already to this point