Indoor soccer is back again in Texas, though it is not surprising if you did not know this.  Currently there are two leagues that have teams playing in Texas, both part of the top indoor league operating today in North America Major Arena Soccer League (MASL), a not-for-profit corporation formed through a merger of leagues in 2015 to promote the business and sport of arena soccer.

Unlike its outdoor soccer counterpart, indoor soccer has a rich history in Texas that extends back to the early days of this sport in the United States.  In addition to more established teams in Dallas and Houston, professional indoor soccer teams have come and gone in unlikely places like Beaumont, Lubbock, Permian Basin and Waco.  Despite the turbulent history of indoor soccer leagues in the United States, MASL, overseen by league Commissioner Joshua Schaub, appears to be well organized, has its feet firmly on the ground and hopefully will have the staying power previous leagues have lacked.  Further detail on the league can be found at:

If you have never heard of Ron Newman, trust that he is as responsible for the growth of soccer in North Texas as anybody.  This 2016 article by Michael Lewis in The Guardian, does an admirable job of explaining the influence he had in the early days of soccer in Texas.

If you are interested in learning more about how indoor differs from outdoor soccer, below are the MASL Official Rules of the Game for the current season:

MASL also live streams many of its matches (including tomorrow evening’s match between RGV Barracudas FC and Monterrey Flash at:

The two Texas teams in El Paso and Hidalgo play in the MASL Western Conference’s Southwest Division.  The other two teams in the Division are the only teams from Mexico in the league:  Monterrey Flash and Sonora Soles. 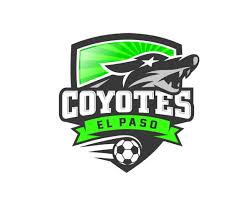 The Coyotes began MASL play in the 2016-2017 season.  If you are a hard core Coyotes fan you have earned my respect…the Coyotes did not win a game all year, finishing 0-20 with a negative 107 goal differential.  This years version has already exercised that demon when they won the opening game (8-4) of the 2017-18 season in El Paso over RGV Barracudas FC.  They  are currently 1-1 after losing at home to San Diego Sockers 9-5 on November 2.  The team is coached by J. Luis Trevino and plays its games at the 5,250 seat El Paso County Coliseum.  Their next match will be their first road game of the year-at Barracudas FC on Sunday, November 19. 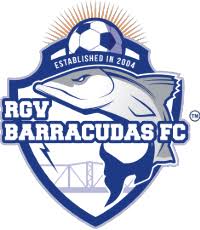 Barracudas FC previously played in MASL before reorganizing and returning to the league this season.  The team is coached by Jorge Quiroz and plays its games at the 6,800 seat State Farm Arena in Hidalgo.  Their 2017-18 season has gotten off to a slow start.  In addition to the opening loss at El Paso, the team lost its home opener to Florida Tropics 10-5 last Saturday.  The team returns to action tomorrow night when it plays Monterrey Flash at 5:05 pm at State Farm Arena.