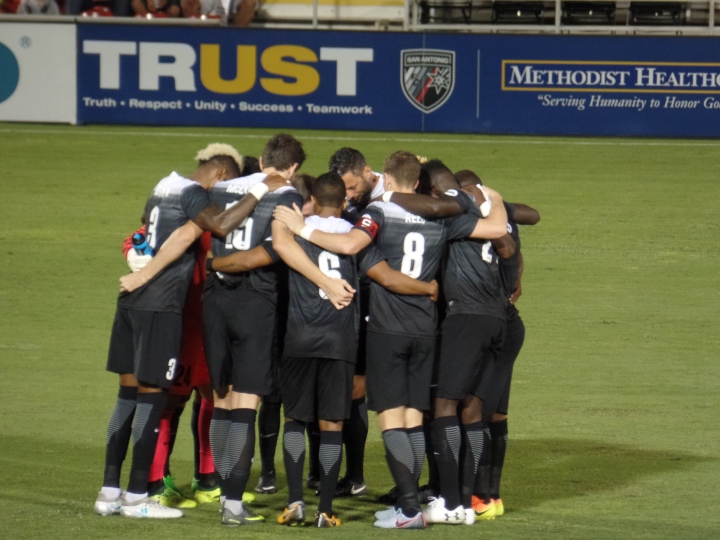 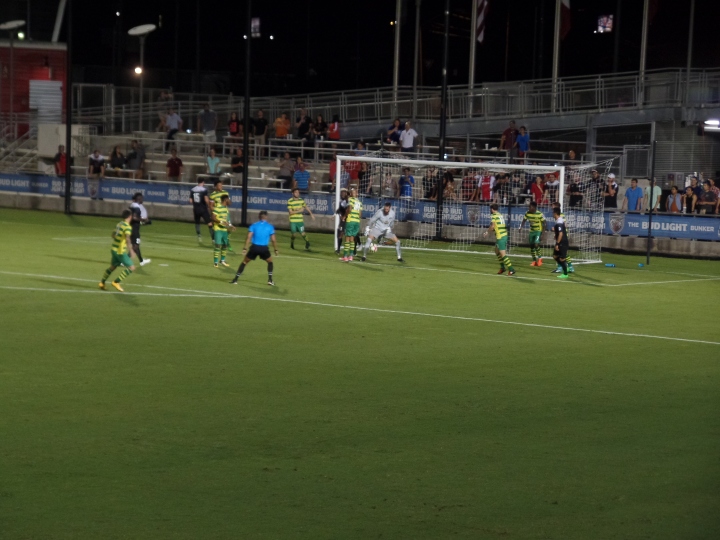 A tied soccer match can sometimes be viewed as either a victory or a loss, depending on the location of the game or the circumstances.  Saturday night at Toyota Field, SAFC’s 1-1 draw with Tampa Bay Rowdies can certainly be viewed from both of these perspectives.

The victory side of the equation-an 88th minute goal from forward Ever Guzman allowed SAFC to avoid what was looking like a second consecutive scoreless home loss.  From the opposite tie-as-loss perspective, the draw was the seventh at Toyota Field, one more than the club has home wins this year.  The points left on the field in these home ties have, at best, cost SAFC the chance to win the USL Western Conference and secure home-field advantage throughout the playoffs.  At worst, the lost points could end up resulting in the club opening the playoffs on the road when they begin in two weeks.

In post-match comments San Antonio FC head coach Darren Powell was extremely complimentary of Tampa Bay and noted the tactical nature of the low scoring match.  He also alluded to the positive and negative nature of ties. “Sometimes you get a draw and you feel like it’s a point earned in the end, sometimes you draw and you feel like it’s a couple of points lost. What you can’t fault is the application of players to keep working hard until the very end to get a point for this club”.

Guzman’s timely late goal, scored off an assist from midfielder Billy Forbes, was the first goal he has scored since arriving at the club in August.  The late heroics were needed to offset a 69th minute strike from Rowdies leading scorer Georgie Hristov, his 50th career goal in USL.  Coming during a stretch where Tampa Bay took charge of the match, the opening goal came at the end of a 3-pass sequence that began with a corner kick.  Hristov was left unmarked by the SAFC defense, ran onto a headed ball from former San Antonio Scorpion Walter Restrepo and converted from just outside the 6-yard box.  Guzman then rescued the point for SAFC on a clinical finish from inside the goal box.  The assist from Forbes on the tying goal was a seeing-eye pass that managed to slip across the entire goal box to reach Guzman.  This assist was the seventh of the season for Forbes and ties him for the club season high in this category.

The match was virtually even statistically across all categories.  Tampa Bay is the only Eastern Conference team SAFC will play this year since inter-conference matches are played infrequently in USL to reduce travel costs.  The Rowdies are currently in second place in the Eastern Conference and both teams likely hope the game Saturday could be a preview of a possible USL Championship game in November.

San Antonio FC (15-4-11-56 points) now sits in third place in the Western Conference.  Since the club has a game in hand against its closest competitors, two victories in the final games of the regular season will guarantee SAFC second place and at least two potential playoff matches at Toyota Field, if they remain alive in the post season. 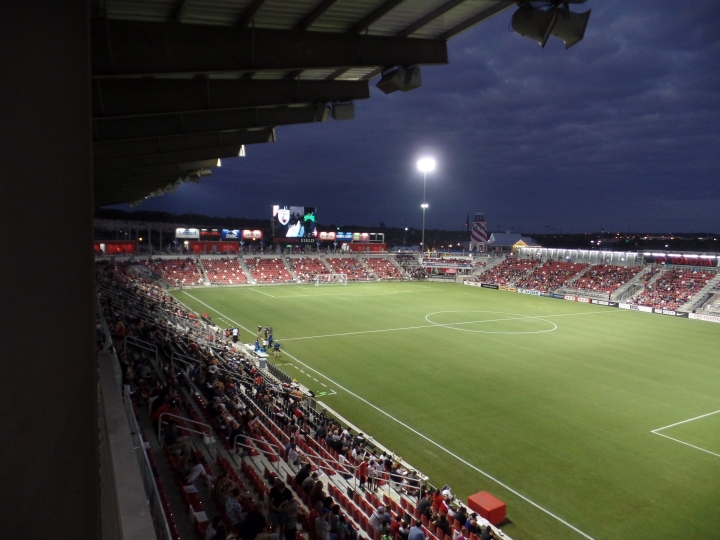 FC Dallas tied Colorado Rapids 1-1 on the road Saturday night.  A 54th minute goal from defender Atiba Harris allowed the North Texas team to escape Denver with a point.  The result has elevated FC Dallas (10-9-13) back into a playoff spot in the MLS Western Conference.  Dallas is now in the 6th and final playoff slot, tied on points with Houston Dynamo who are in 5th place.  The Dynamo, who didn’t play this past weekend, are ahead of Dallas on tiebreakers and has a game in hand.  Houston plays Sporting Kansas City twice this upcoming week, Wednesday in Houston and Sunday in KC.  FC Dallas continues its late season road trip in Seattle Sunday evening.