The first PDL player from a Texas team, midfielder Rimario Gordon of Brazos Valley FC, was named to the USL PDL Top-50 Prospects list, entering this week at #41. Gordon comes to the Cavalry FC from Marshall University.  Gordon, a native of Kingston, Jamaica, was named to the All-Conference USA second team last season.

The Cavalry scored 3 of the 5 total goals scored in the second half to win an exciting first ever home game at Nutrabolt Stadium in Brazos Monday night.  Emmanuel Usen scored the historic first goal at the stadium and the most highly regarded youth player in the Dynamo Academy, 16 year old Marcelo Palomino, scored twice on his debut with the Cavalry.  Texas United goals came from a brace by Miguel Velasquez and Nenad Markovic

Friday the horse joins Diesel and Toro as part of the Dynamo family. (Cavalry Twitter page) 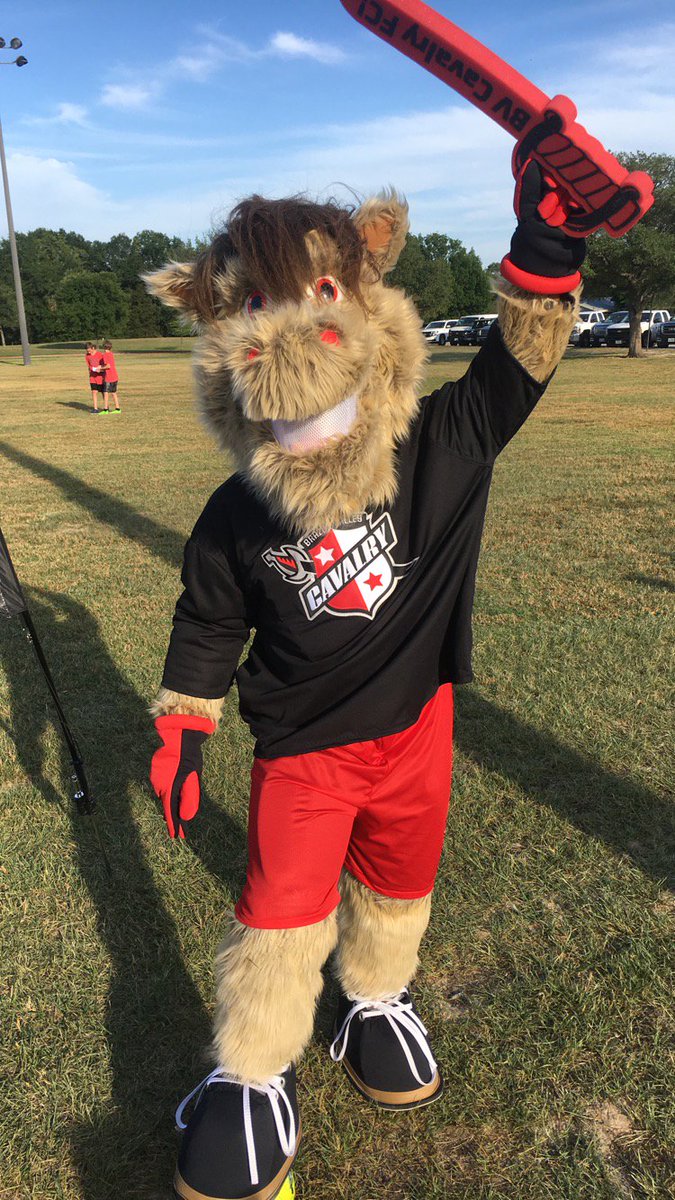 Out-shooting Houston FC 21-4 on the night, the Cavalry were able to score twice to win their second consecutive game in Bryan Thursday night.  Rimario Gordon was involved in both goals-scoring the first and assisting on the second by Josue Palomino , started by Gordon with one of the 12 corner kicks generated by Brazos Valley.  In the game article by Brad Cox in the Bryan Eagle, Cavalry head coach and Dynamo Academy Director James Clarkson talked about the challenges of playing 3 games in 6 days:

“I think the scoreline flatters the other team a little bit,” Cavalry FC coach James Clarkson said. “We’ve got to be more clinical in front of the goal because if we could have put the game away earlier, I could have given them some more rest and it would have put us in better shape for Saturday. I’m really happy with the win but a bit little disappointed with our finishing and the wasted chances in front of the goal.”

Goals by Stefan Lukic (on his PDL debut) and the second goal of the season, by Chris Escalera, led FC Cleburne to its second win of the season, a 2-0 victory over Mississippi Brilla on the first of its two-game weekend road trip to Texas.  Esclara’s goal in the 82nd minute was a penalty that put the game away (below). Goalkeeper Casey Tilley was busy on the evening and had to make 5 saves to keep the clean sheet.

Photo of The Depot in Cleburne (Brilla Twitter page) 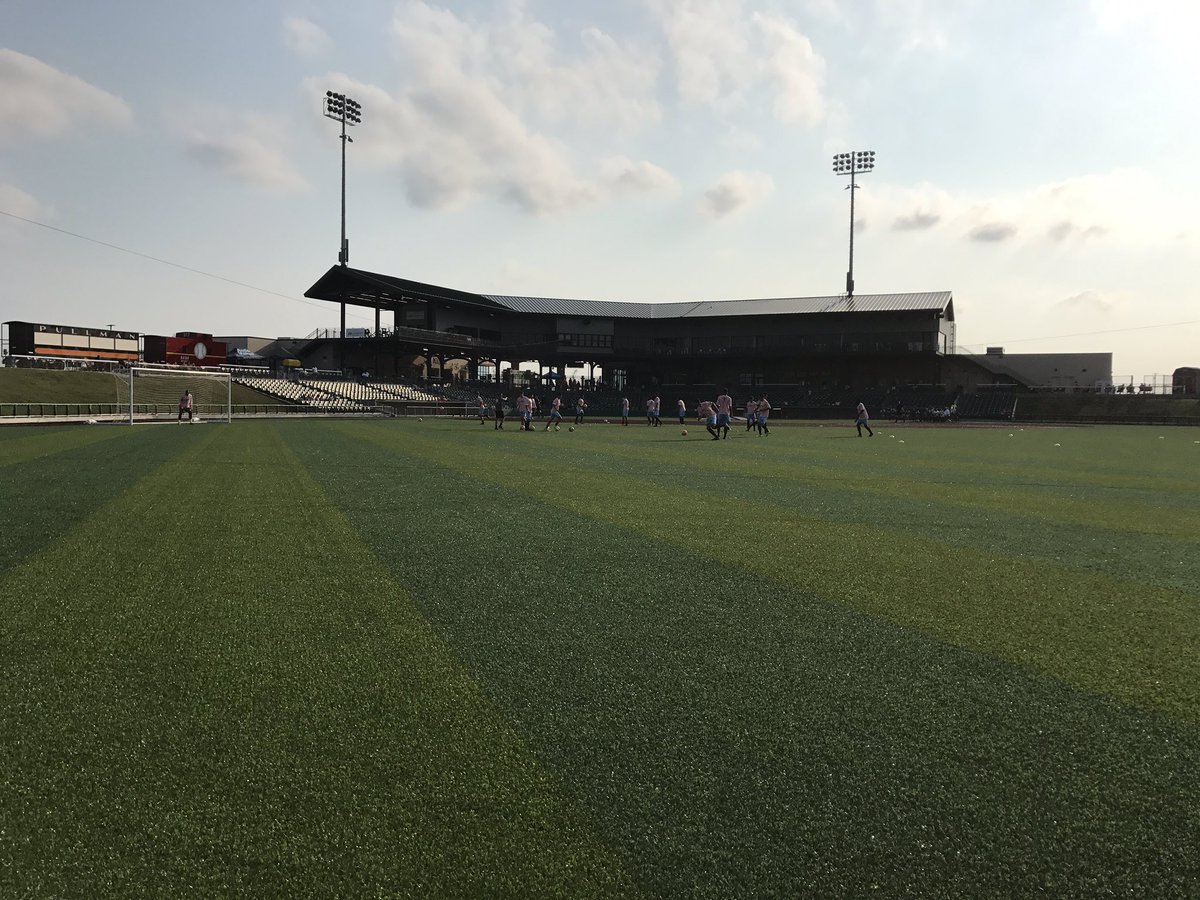 Three games in six days was too much for the Cavalry in Oklahoma Saturday afternoon. Going deep in it’s roster (only 5 played the entire game), the Cavalry were able to hold off the undefeated Energy U23 for close to an hour before conceding.  The final two goals from the Energy came after the 80th minute.

Below is a link to the Energy U23 game review:

Texas United suffered a tough 1-0 defeat to Brilla yesterday afternoon in Grand Prairie. A 26th minute red card to the team’s 2017 leading goal scorer Miguel Velasquez for a dangerous tackle forced United to play a man down for slightly less than an hour. Despite the challenge, United was only beaten by a strike from Brilla midfielder Thibaut Bourrier late in the first half.  United goalkeeper Adam Zehme saved 5 of the 7 Brilla shots, keeping the team in the game until the end. 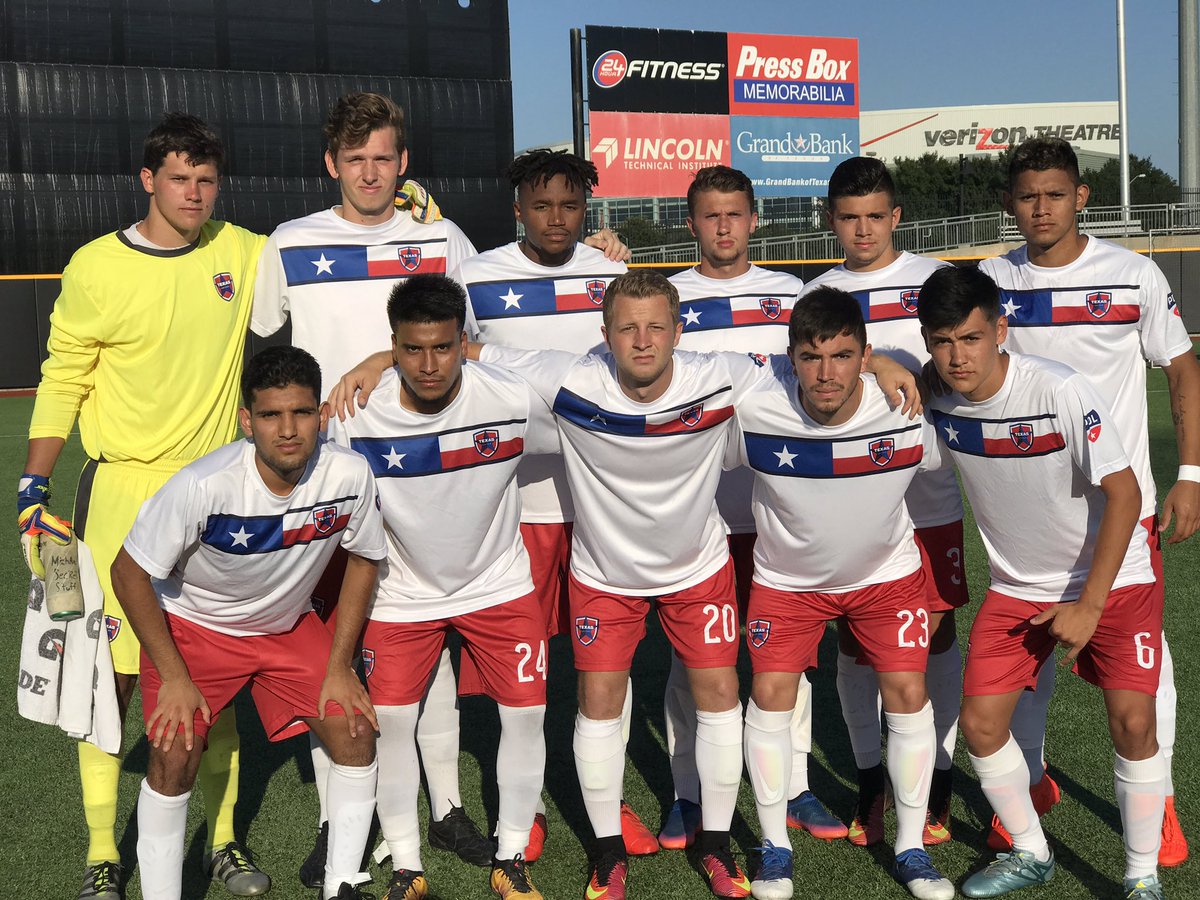