Throw in the Flag Early

Head coach Oscar Pareja apparently decided to essentially write this game off before the plane took off for Chicago.  He left a number of key players in Frisco and started seven players who were not in the lineup for the Dynamo game last night.  The reserve heavy side did play fairly well after settling down.  Unfortunately, Chicago scored twice in the first 10 minutes and that was all they needed to win their fourth straight match, something they have not been able to do through many terrible seasons going back to 2012.  It is hard to blame Pareja for the choices.  The club has played a number of fixtures already and appeared to have hit a lull.  As was discussed last offseason after Seattle’s run to MLS Cup, the goal is to be playing at top form late in the season, not in May.  Unless the Fire and FCD play in the Open or MLS Cup, Chicago will take back the Brimstone Cup this year.

Very little will be remembered about this match, other than the fact that Mauro Diaz returned to the field last night.  Diaz, who is one of the best game-changers in the league, entered in the 81st minute to a raucous standing ovation from the home supporters.  His impact on the game was minimal…he tried a few passes and set pieces that didn’t quite get to where he wanted them to go.  The results were secondary last night.  In Diaz’s absence, the team has proven that it has the quality and depth to make deep runs in multiple competitions.  The last few weeks have also demonstrated, however, that they are missing the player who can unlock defenses and be the difference maker that wins Cups.  Diaz can be that player and it will be seen if he has recovered sufficiently from his achilles injury to be the difference in 2017.

The Dynamo get a Road Result!

Not the place I would have imagined this happening, but they did enough last night to tie a very good Dallas side.  The accolades will go to returning goalkeeper Tyler Deric, who made two monster saves to keep the team in the game in the first half.  Deric stoned Kellyn Acosta, who hit a perfect upper 90 free kick, on the first save.  It will be a crime if this is not the MLS Save of the Week.  The second save required superb reaction instincts to deny the snake-bitten Cristian Colman, who can’t seem to buy a goal.  The real Man of the Match for Houston, however, was central defender Adolfo Machado.  Machado was the highest rated player on the field in both the MLS Audi Index and WhoScored.com’s game report.  Credit must also be given to FCD goalkeeper Jesse Gonzalez, who made two fine saves of his own.

The Dynamo are Thankful Diaz was not in Mid-season Form

The Dynamo committed 15 fouls last night, which is not an extraordinary number.  What has not changed, though, is the location of where these fouls occur.  The Dynamo has demonstrated a penchant for giving away free-kicks in dangerous positions on the field and last night was no exception.  Two late direct kick opportunities for Diaz in the attacking end would probably have been punished after he has shaken off the rust.  His success against the Dynamo in the past is ridiculous and the team was fortunate last night. The fouling in dangerous spots problem is something that needs to be addressed if the Dynamo has any hope of getting more road results.

Beautiful picture from the game on mlssoccer.com 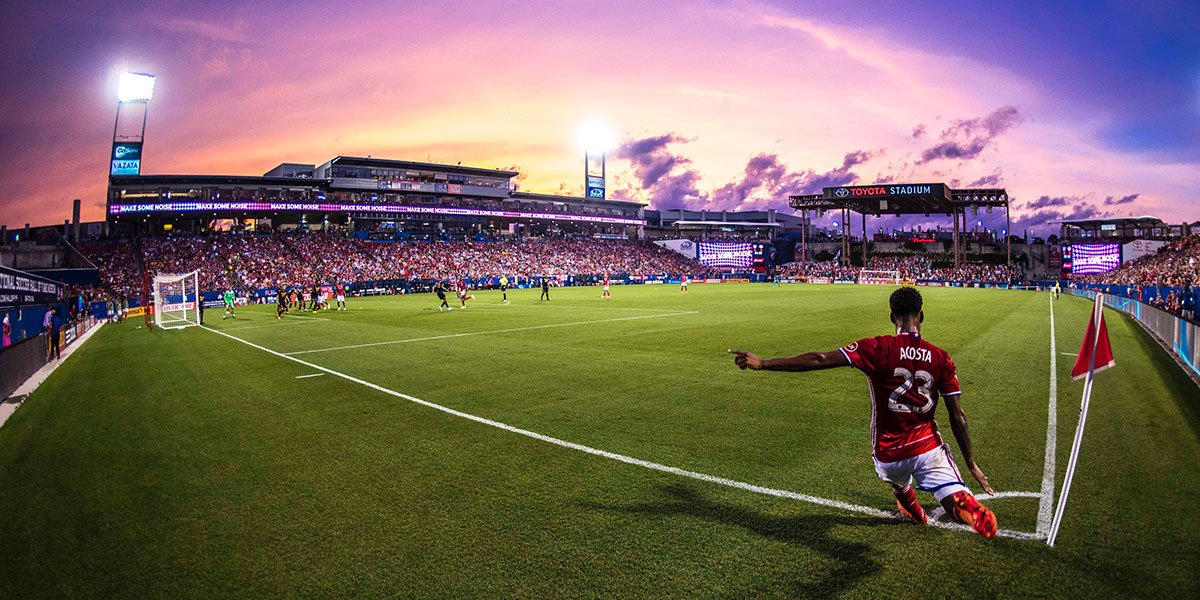